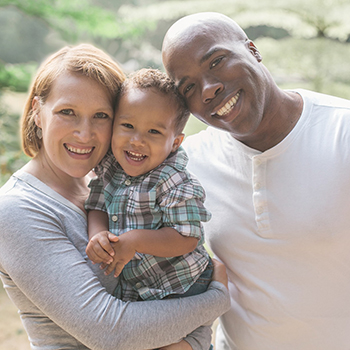 The original article can be found here.

The nonprofit group Affordable Central Texas is looking to raise $125,000 to assist residents in the three apartment complexes owned by the Austin Housing Conservancy Fund, which was created to preserve workforce housing in the Austin area.

The ACT Together Fund will be available to approximately 750 of the 1,200 residents in those three complexes based on income data and need due to job losses and other impacts of the Covid-19 pandemic.

David Steinwedell, CEO of Affordable Central Texas, said the goal is to help residents from falling behind on rent and other expenses while waiting for local, state and federal relief programs to take shape. He said the $125,000 will likely allow for two or three months of assistance.

“If someone is having problems paying rent then they’re probably also needing help paying their utility bill, car payment, and there’s a variety of things that are going to be a challenge for them,” he said. “We formed the program to raise capital through the nonprofit and use that to meet the variety of needs that our residents might have.”

Affordable Central Texas was formed with the mission of acquiring apartment communities where rents would be maintained at a level affordable to those earning approximately 80 percent of the Austin area’s median family income. That middle ground between subsidized affordable housing for lower incomes and high-end properties is seen as endangered as Austin’s real estate market continues to grow and the demand for housing pushes rents higher.

Steinwedell said he supports the city’s recent move to stop eviction proceedings for 60 days, but cautioned that property owners would quickly become unable to make utility payments or pay maintenance staff for a complex if there were widespread rent forgiveness or a rent strike by residents.

“If we don’t receive rent then we can’t pay our mortgage or pay our utility bills or pay the five to seven staff we have at each one of our properties. So when you do one thing it has a waterfall effect relative to providing a stable home for all of our residents,” he said. “This is affecting everybody and I think there’s a realization that we’ve got to all be creative in terms of how do you work with people. It could be if there’s someone who’s lost their job and hasn’t gotten their unemployment going yet or the extra $600 per week, then let’s defer the rent until those payments come in and get you on a payment plan. There’s a whole variety of things people are willing to do in this environment because they know everyone is being affected in one way or another.”

While Affordable Central Texas is looking to have thousands of units under ownership in the coming years, the pandemic has already put a stop to one acquisition because the group can’t perform a full site visit to do proper diligence. Steinwedell said two other deals in the preliminary stages have been put on hold, and that financial institutions have put a stop to most lending and investments because of uncertainty in the markets overall.

The news that there may be assistance for Affordable Central Texas residents was welcome to Craig Edgley, a high school math teacher at the Texas School for the Blind and Visually Impaired who lives at the Bridge at Terracina complex.

Edgley is still teaching students online, but his wife’s job at a daycare center has been put on pause over the last few weeks, meaning less income for them and their two children. He wasn’t aware whether he’d qualify for assistance from the fund, but praised the intention of Affordable Central Texas to keep housing available in the city for teachers and other middle-income workers.

“Once it got bought out they let us know they were making changes and I’m loving it because they’re going in the direction of being more for the people than the profit,” he said. “I definitely think that landlords should be more understanding of the people. Because if you’re good to the people when they’re down then we’re going to be good to you when things are good and we’ll get our rent paid on time. Especially when we’re going through this crazy epidemic no one was expecting, they need to be more accepting with late rent or missing rent.”

The Austin Monitor’s work is made possible by donations from the community. Though our reporting covers donors from time to time, we are careful to keep business and editorial efforts separate while maintaining transparency. A complete list of donors is available here, and our code of ethics is explained here.